The potential of more eco-friendly and efficient transport systems has hardly been exploited to this day. Those involved in the project see an effective lever in a corresponding professional qualification in the freight forwarding and logistics sector. Trainees as well as teachers and decision-makers in companies are to be made more aware of the use of sustainable transport systems. The central instrument is the development of an innovative, virtual logistics laboratory as a simulation and exercise tool for use in teaching at vocational schools and beyond in the professional world.

The handling of trailers in inland ports has for a long time been a marginal occupation in the port terminals, which are mainly designed for the handling of containers. They have been handled more or less as a sideline, so that the huge amount of space required for trailers has not played a decisive role compared to the stackable container. The strong growth of trailers in the transhipment mix (2012 to 2017 by 234% to 941,000 units) has led to the fact that the limited storage space has become a massive bottleneck in many locations, which also has a negative effect on the overall transhipment capacity of the CT terminals. Only through the intelligent integration of trailers in ports and terminals can the potential for shifting to environmentally friendly modes of transport be fully exploited. 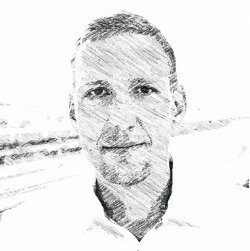